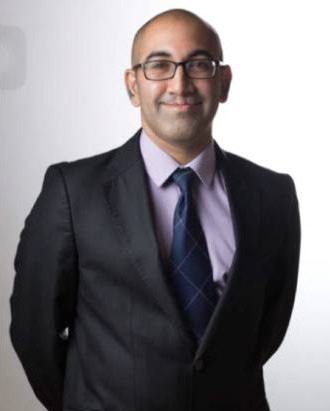 Dr. Abishek Abraham is a Consultant Psychiatrist who obtained his medical degree from the National University of Ireland. He subsequently received his specialist training in the field of psychiatry across various hospitals in Singapore including the Institute of Mental Health (IMH), Singapore General Hospital (SGH), the Kandang Kerbau Women’s and Children’s Hospital (KKWCH) and Changi General Hospital (CGH). He completed two psychiatry postgraduate qualifications, being conferred both the Master of Medicine (Psychiatry) Degree from the National University of Singapore and the Membership with the Royal College of Psychiatrists, United Kingdom.

Dr. Abraham has a wealth of experience managing a wide range of psychiatric conditions in both Singaporean and International patients. His main area of clinical interest is in mood disorders such as depression and bipolar disorder, anxiety disorders, Autism Spectrum Disorder, Attention Deficit Hyperactivity Disorder and psychotic disorders. He has extensive experience in managing illnesses in adults as well as those in the child and adolescent age category.

Having most recently served as a consultant psychiatrist and Director of Psychiatry Inpatient Services at CGH, Dr. Abraham has played a leading role in several key department initiatives, including the establishment of the first inpatient psychiatry ward protocols at CGH. He has also previously served as a Visiting Consultant with the Child Psychiatry department at KKWCH and is presently continuing in a similar role at CGH to run Adolescent Psychiatry clinics.

Teaching has also been an important part of Dr. Abraham’s work in psychiatry both locally and abroad, having served as a Clinical Lecturer with the Yong Loo Lin School of Medicine, National University of Singapore and an Adjunct Instructor with the Duke-NUS School of Medicine Psychiatry programme. He was also a Physician Faculty Member with the National Healthcare Group Psychiatry Residency programme. Outside of Singapore, he was also a Course organiser/workshop trainer as part of the Singapore International Volunteers (SIV) Specialist Team in collaboration with the Singapore International Foundation (SIF), conducting workshops to train psychiatrists in Surabaya, Indonesia over the course of 3 years.

Dr. Abraham has also been active in the Singapore Psychiatric Association, having previously held the position of Vice President and Honorary Secretary. He has also received numerous awards, including the Singapore Health Quality Silver Award in 2018. He has been involved in research during his career in the fields of adolescent Obsessive Compulsive Disorder, Autism Spectrum Disorder and deliberate self-harm in adolescents. He is fluent in English and Bahasa Melayu as well as being able to converse in simple Mandarin.